This Video Will Get Donald Trump Elected

Who is the Real Donald Trump….

A world class businessman and citizen that loves America who vows…

From Wikipedia, the free encyclopedia…

Donald John Trump (born June 14, 1946) is an American businessman, television personality, author, and politician. He is chairman of The Trump Organization, which is the principal holding company for his real estate ventures and other business interests. He is also the presumptive nominee of the Republican Party in the 2016 presidential election.

Trump graduated from the Wharton School of the University of Pennsylvania in 1968. Having worked in his father Fred Trump‘s real estate and construction firm while attending college, he assumed control of that family business in 1973, later renaming it The Trump Organization. During his career, Trump has built hotels, casinos, golf courses, the Manhattan neighborhood Riverside South and numerous other developments, many of which bear his name, including Trump Entertainment Resorts (now owned by Carl Icahn). He has made the Trump name a valuable and distinct brand, licensing it to numerous enterprises in which he has minimal or no stake. He briefly sought the Reform Party‘s nomination in the 2000 presidential election, withdrawing prior to any primary contests, although he won two primaries after his withdrawal. Listed by Forbes among the wealthiest 400 of The World’s Billionaires, Trump and his businesses, as well as his three marriages, have for decades received prominent media exposure. He hosted The Apprentice, a popular reality television show on NBC, from 2004 to 2015.

On June 16, 2015, Trump announced his candidacy for president as a Republican, and quickly emerged as the front-runner for his party’s nomination. His platform includes measures to combat illegal immigration, opposition to many free-trade agreements that he regards as unfair, often non-interventionist views on foreign policy, and a proposal to temporarily ban immigration to the United States from countries with a proven history of terrorism against the United States, until the government has perfected its ability to screen out potential terrorists. His statements in interviews and at campaign rallies have often been controversial, with the rallies sometimes accompanied by protests or riots.

Trump won the highest number of states and votes in the primaries, culminating with a victory in Indiana on May 3, whereupon his remaining Republican rivals suspended their campaigns, and Republican chairman Reince Priebus declared him to be the party’s presumptive nominee. Several weeks later, on May 26, the Associated Press reported that Trump had earned the 1,237 delegates needed to secure the nomination. 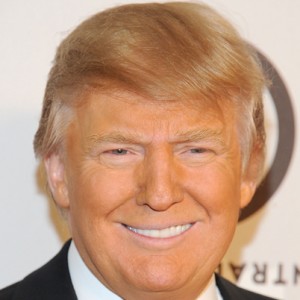 As author of this blog post, a long term American Patriot citizen and veteran of the United States Army, I remember vividly listening to the radio description of the Sunday Morning attack on Pearl Harbor June 7, 1941 by the Japanese. I am now proud and honored to say that I strongly support Donald Trump for President of the United States in 2016. My opinions are based on his business, organization, and citizenship qualifications, his international business experience, his patriotism, his admirable family members, his remarkable business success, and his sincere commitment to… “Let’s Make America Great Again”. In my humble opinion this country has no other individual as well qualified at this critical time to serve as president of the United States. We truly need a President who can be relied upon to attract and develop a staff of extremely well qualified professional experts to perform the critical responsibilities needed to restore the United States to the wonderful status it once enjoyed…”greatness and respected around the world”!

Hillary Clinton possesses very few of the necessary qualifications, lacks real experience to get the job done, and has performed horribly in her role as Secretary of State. She is under investigation by the FBI for putting America at security risk with a private email server, has been found very incompetent in managing the Benghazi killing of Americans, has been found to be untruthful in explaining the reasons for Benghazi, is under investigation for taking massive international and corporate contributions for the Clinton Foundation, has been involved in more than (50) other major controversies since before her husband was President. For some reasons however, the Clintons are unquestionably supported by liberal and social groups, and especially the biased media who do not seem to insist on an honest governing process nor the need for survival of the United States. In my opinion, they will not acknowledge that Hillary Clinton and Barack Obama appear intent upon destroying America and replacing it with a New World Order with no borders, no security, no prosperity, and no realistic financial programs to support those who rely upon government giveaways and monthly checks just because they are a member of any minority group. Not telling the truth, otherwise known as lying, pursuing false priorities like global warming and Obamacare, and compromising America appears to me to be the matra of the Democratic Party.

I am very disappointed to see and hear some of the Republican Party leadership including Paul Ryan, Mitch McConnell, Mitt Romney, Jeb Bush, Marco Rubio, George Will, Charles Krauthammer, and others who profess allegiance to the Republican Party….however will not support the presumptive nominee of the Republican Party. Do they understand what is going on in America? Why will our Congress and Senate not challenge President Obama for performing so many unconstitutional and treasonable acts and bring him to justice? Every day we see the results of the disastrous failed foreign policy implemented by Barack Obama and Hillary Clinton. Do you want continuation of this weak, lack of commitment and lack of strategy to protect the United States and our Citizens? I absolutely do not. Instead I much prefer the patriotic positions of those like and including Judge Jeanine Pirro, Bill O’Reilly, Sara Palin, Newt Gingrich, Trey Gowdy and John Bolton! And likely the most crucial and important outcome of our Presidential Election on November 8, 2016 is the appointment in the next 4 to 8 years of 3 or more Supreme Court Judges. Donald Trump has presented his list of very distinguished non-liberal judges whereas there is no such list from Hillary Clinton and with her track record of honesty could you believe her to keep her word? I cannot and that is a major reason I am so concerned…

Rush Limbaugh: DISBAND The GOP After THIS Final BETRAYAL!!

Rumseld: Why I will vote for Trump

Most of my circle of intelligent, educated and well-informed friends are terribly disturbed about the future of America should the Democratic Party win the 2016 election. We believe that our current Liberal, Progressive, Socialistic, Communistic, Autocratic,  Democratic leaders who follow Saul Alinsky, Muslim Islamic terrorists,  Sharia believers, Iranian Muslims, Chicago political power players, and super-wealthy New World Order activists for the past seven+ years have led America into severe decline including failure to provide security for our country and our citizens. The Democratic nominee elect Hillary Clinton supports the Obama policies of the last seven+ years and is in large part responsible for the other massive problems of immigration and Muslim Islamic Terrorists threats to the world. Her stated position is to continue these failed policies. This nominee has not shown U.S. Citizens that she is committed to protecting the United States and it’s citizens. Nor is the competing potential nominee Bernie Sanders who supports even more severe leftist socialist policies without any idea of how to pay for them. This nominee has never held other than a political job. In your judgement do you think he has the experience and wisdom of how to fix our economy?

Unless the Leadership of the United States is changed to someone committed to saving this country from worldwide security threats, economic failure including the current 20%+ real unemployment, and illegal immigration, our disastrous health care system, and our preferential taxation system,  then I am extremely concerned about the capability of this country to survive for more than 10 years forward. Especially with a media that reports and supports incorrect, insufficient untruthful and damaging liberal ideologies to American Citizens. 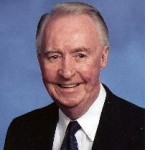 Lincoln The Movie-Opinion-Restore Your Confidence In The U.S and the Constitution!

Thank You Ted Cruz For Speaking For Americans Against ObamaCare Funding!