Big Brother is watching you!

What a week for our country! Everyday seems to offer a startling revelation about the unbelievable political activities going on in this the greatest country in the world.  What is going on in our country is totally upside down from that which I have known throughout my entire lifetime! Do you feel the same way? Are you as concerned as I am? I am very proud to be an American and I am proud of this country.

I am very concerned about the Constitutional Rights that our Patriots and millions of military men and women have fought and died for since 1775 are now being given up to satisfy the political goals by those wanting more power while giving up your and my freedoms! And they do it without even being honest with us about what they are doing.

All of this is occurring in a supposed democracy or republic where the majority of the major media outlets refuse to report the truth to the American Public. These supposed “professional news media” consistently practice biased reporting and avoidance of reporting in favor of the current administration…and have done so for many years. This media has one set of standards for the liberal agenda and another for the conservative agenda. The only major TV station that practices professional reporting is FOX News. And thank goodness for radio talk show hosts and the blog media.

Four brave Americans killed in Benghazi including an American Ambassador on American soil…with our military being ordered not to respond…the Secretary of State has not taken responsibility… and the President has yet to reveal what he was doing from 5 pm on 9-11 throughout the night…amazingly different from the photo-op provided during the Bin-Laden killing. And the irony of the situation is that the President and Secretary of State lied and blamed this event on a video…and the person that created the video is still in jail. Why the cover-up other than to get re-elected?

We have proof now of the IRS taking actions to stop conservative actions to begin 501 C4 organizations for non-profit political actions…as of this weekend the trail leads back to Washington…contrary to the statements of IRS leadership so far.

The criminal investigation and monitoring of the Fox and AP news media with the attorney general telling congress we would never do that…knowing full well that he had signed the order to have this done…and the President has from the beginning attacked Fox News for not agreeing with his credibility, background, qualifications and believability.

And now we hear this week that the NSA…National Security Agency is monitoring more than 100 million citizens telephones as well as much of the social media and internet server…Yahoo…Google…et al…industry are providing data collected to the government. The culture and intimidation shown in the “Fast and Furious” investigation was just the beginning of arrogance and disregard for the Constitution shown by this Administration. The Federal Government filing suit against the State of Arizona over immigration issues is also unbelievable.

And also this week the Susan Rice appointment as National Security Advisor…the person who delivered the known untrue message to the American people through all the media.

Our government controls us as citizens in this country through our “legal system” and our “tax system”.  It is my opinion that neither of these systems as well as the socialistic, no constraint spend as much as you can political leaders, are acting in the best interests of the citizens of this country. How do you feel about this? Do you agree? Do you disagree?

Do you remember this movie?

Big Brother is a fictional character in George Orwell‘s novel Nineteen Eighty-Four. He is the enigmatic dictator of Oceania, a totalitarian state taken to its utmost logical consequence – where the ruling Party wields total power for its own sake over the inhabitants.

I believe that we as citizens must make our voices heard to our elected representatives. 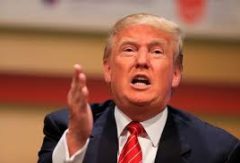