“Total Identity Theft” includes not only theft of a person’s bank account and credit cards, however to include driver’s license, social security number, medical records and the victim’s actual persona.  As we are in the middle of the Christmas Season, it is important to note that identity theft can take at least five major different forms…not just credit card or bank accounts theft…and when it does it is called “total identity theft”. The reason for my focusing on this topic is that the average citizen has no idea of how to correct the results of identity theft, much less stop it, and that professional investigators and attorneys are best equipped to save you considerable time and many dollars should you ever be a victim.  It is important to realize that it is virtually impossible to stop identity theft from occurring and that once monitoring gives the alerts that something is wrong, then the important job of restoration becomes most important.

Posted: Sunday, December 16, 2012 12:00 am BY MARCELLE HANEMANN The Daily News | The Washington Parish Sheriff’s Office is notifying local residents whose personal information was found in possession of a woman charged last month with numerous counts of identity theft. Capt. Tommie Sorrell, who led the multi agency investigation that broke up the identity theft ring centered on information pulled from the LSU Health system by then-employee Pamela Reams, said there are also victims whose information was not intercepted. She urges everyone affected by the crime to make contact. There are more than 400 victims across 12 states, and a significant number are residents of Washington Parish, Sorrell said. 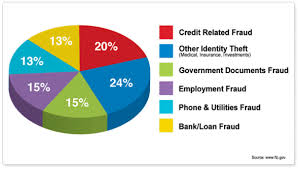 I sincerely recommend that you protect yourself for identity theft, including your children, and when you do so, be sure to look for an identity theft package that does not just mail you the do-it-yourself forms for you to restore your identity, but includes the provider’s staff of licensed investigators using “power of attorney” and working with very reputable provider attorney firms. This is quite different from you doing the work and requesting reimbursement after the work is completed. In many cases you will not qualify for reimbursement from an insurance policy that has exclusions.

To protect  yourself and your loved ones, including your children,  with the LegalShield and Kroll
Investigative Services Identity Theft Shield protective memberships sign up now and begin
your memberships and protection immediately..

2 thoughts on “What is “Total Identity Theft””

Statue of Liberty of United States

Justice based on Legal System, Law,
Courts and Attorneys

Legal Services Affordable For All

Legal Services Affordable For All

Info on Starting your own Business