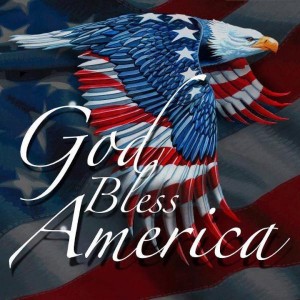 What a horrific week for Americans…Boston first and then West Texas. Our heartfelt sympathies and strong  prayers go out to all those who are suffering and grieving over the loss of family and friends from both of these tragic events.  And a tremendous amount of gratitude goes to all of the first responders including all of the police, fire fighters, EMS, FBI, hospital medical professionals and anyone who were so committed to bringing justice to bear and help others. The cheers, shouts of USA and flag waving by many young people in the streets of Boston were very encouraging and made me proud of our country!  May all those we lost rest in peace and in God’s Grace as we move forward from these tragedies.

It is obvious that our country is in tremendous transition and with great challenges, both domestically and internationally. Americans have always found a way to overcome incredible obstacles before and I have hope and I will pray that we can do so again. This time it is considerably more challenging as the American people do not seem united except in tragedy…or it seems to me to be that way. I have the impression that approximately half the population wants a very strong social agenda and continued excessive spending and the other half of the population wants to balance the budget as normal human beings do who cannot live on government handouts….handouts that really come from you and me as tax paying citizens.

Those people who balance their budget monthly are also considered financially sound and principled. One half of the American population is  looking for intelligence, strength and non-political leadership to show us the way to save our country and all the people who are suffering …from tragedy as well as from the inept economic decisions and destructive overspending policies that have been practiced for the last several years. Especially including the congressional lawmaking by incompetent congressmen and senators who have a large responsibility for our current situation…and here I point directly to Freddie Mac and Fannie Mae. Politicians have found ways to make themselves very wealthy and exempt from the policies that apply to citizens like you and me…which is extremely disturbing.

And in addition to having an international set of sword rattlers who are flexing their muscles with the threat of nuclear bombs and missiles, we have the jihad religious groups growing in population in every country and insisting upon death of anyone who does not believe in jihad principles. As we do not and never will believe in these extremist political/religious views…Islamic Jihadism is not just religious views…it also includes their way of law which means annihilation of millions of people…and the street bombings and IUD bombings continue as they did by two young jihadists this week…radical Islam is at work around the world to destroy humanity. And we need very much to have presidential  leadership that will acknowledge this truth and take appropriate action. How do we stop the jihad clerics presiding over both the religious views and the political views of a massive population.  I do not believe we can deal legally with these issues as civil matters..these are terrorist matters and our presidential and attorney general leadership needs to call it what it really is…may God Bless America!

During my lifetime I have heard many times that…that about 25% of our population are “crazy”…including psychiatrists…LOL…however it seems that we have a larger percentage of citizens that do not practice rational thinking which includes making good decisions. When you add those on alcohol and drug dependence we may have more than 25% who are incapable of being responsible for themselves in this society…wow…do we have an uphill challenge to get in control of all these things or not? This is why we see such awful legislation coming out of our Washington leadership…there are so many partisan groups pandering to satisfy (and so many lobbyists with so much money influence)  that we cannot reach rational conclusions…for example..the current major oil pipeline decision which could clearly place this country in a positive economic position were it not for political and sociological pressures.

And finally, regardless of the above, I have endless hope for any individual that wants to help themselves, and I encourage anyone that has reached a decision that they want to do better in their financial lifestyle  to give me a call. We will have a friendly chat if nothing else.

NEED FUNDS FOR YOUR SMALL BUSINESS?

ARE YOU READY FOR AN IRS AUDIT? PROTECT YOURSELF!

Concerned About the Welfare of Our People and Our Country